Thinking of summer days during winter times. 🌞We enjoyed our previous trips to Spain and can’t wait for our next trip to Malaga. Where we can train but most of all have a lot of fun together 🤩🌟

We couldn’t do it without our sponsors. We want to thank them for supporting us! ✨🙌🏼
As a thank you we delivered a small beer package from @stadsbrouwerijmaastricht with a nice card! 😉

🔵We are happy to announce that BiciTALENT will be a sponsor for the upcoming 3 years.🟠

BiciTALENT is Europe’s first Recruitment Service dedicated exclusively to the bike industry. The company which consist of 4 employees and Pipa (swipe to the left to meet Pipa) was founded in 2017 (Mallorca) and moved to Maastricht in 2021.
They have developed a unique solution for job seekers and employers in the bicycle sector. Moreover they assist manufacturers of bicycles, components, parts- and accessories-, small and big players, as well as various Service Providers, in finding the best employees and thereby making their businesses more successful.
BiciTALENT also provides important career guidance and assists job seekers in locating excellent work opportunities in the international cycling business.

‼️If you are seeking a career opportunity and/or internship in the bike industry, please contact BiciTALENT or visit their website bicitalent.com.‼️

Last night the DM end of year quiz took place and afterwards we announced the winners of the Dutch Mountains awards!! 🤩✨ We think it was a great evening! 👌Congratulations to @wouter_jacobs_ for winning the quiz and to everyone who won an award! 🏆🏆

The 24th board of Dutch Mountains wants to wish you a very merry Christmas and a happy new year! 🎄🎅🏼✨

🟠We are proud to announce a few more years of cooperation with Demarrage fietskoeriers! 🔵

Demarrage’s couriers race through Maastricht and the surrounding area. They race to and from courts, pharmacies, lawyers, offices and shops. They don’t get afraid over the cobblestones and all the traffic lights of the Hertogsignel.
A package goes many times faster by bike from Vrijthof to Caberg 😉

We held a photo contest with our members. The theme was autumn. Here are some of the beautiful pictures! 🍂🍄🤩

Despite the new corona measures we still find ways to organize some fun activities in a safe way! 🤩 Two weeks ago we had a lovely game night in groups of 4. 🎲 And last week we had a partly online pubquiz with an afterparty at the mcdrive. 😋 We think both were a succes!!

🔵We are very happy to continue our sponsorship with: “get bike service”. They have been our sponsor since 2019.🟠

Since 2010 Ward has been active in the bicycle industry. As head salesperson for one of the largest direct sellers in the word: Canyon Bicycles. More and more bicycles are sold directly by the manufacturer via the internet. However, there wasn’t a good solution for the service.
So if you are ever in need don’t hesitate to contact “Get bike service” for repair and maintenance for your bike. 🔧⚙️
And did you know that Ward was once a member at DM! 😉

Thank you Get Bike Service!

🔵We are happy to announce that Stayokay will again be a sponsor for the upcoming 3 years.🟠

Stayokay has been a sponsor of DM since 2019.
It is a hospitable hostel located at the Maasboulevard. After the Dutch Mountains trainings or activities we gather here with our members to have a few drinks. Our yearly barbecue also takes place on their sunny terrace next to the river Meuse. Furthermore, we have our General member assembly here!
Dutch Mountains also participated in the RSM – Wealer Challenge under the name Team Stayokay/Dutch Mountains where we achieved a 2nd place in the last edition.
Thank you Stayokay for the cooperation!

Salden was founded in 1963 and started out as a bike/mopeds repair shop. It has now grown to approximately one thousands square meters of cycling fun.
Bicycles, material, clothing, repairs and more can all be found in Limbricht. There is also an online shop!

We want to thank Math Salden for the cooperation! 🚲

Ps. Swipe to see our President and activity commissioner on a beautiful Salden bike. 😉

Last Thursday we had the constitution drinks of the 24th board of Dutch Mountains. 🟠🔵
As you can see it was an evening filled with singing 🎤, dancing 💃🏼 and a few drinks 🍺 😉

Thank you everyone for coming! 🤩

A little throwback to a lovely training session! 🍄🍁

Last Wednesday we all enjoyed a great cycling dinner! 🍽 Here is a small impression of the evening. The cooks did an excellent job, the food looks great!😋

Yesterday we had our first official MTB training on Sunday.🤩 It was a beautiful morning 🍁with a lovely sun☀️ and a nice trail. On to the next one! 🚵🏼‍♂️

During the yearly CoBo’s our board can get to know the new boards of the other student sport associations of Maastricht. As you can see this is always a lot of fun! 🤩😜

A big shout-out to our two ‘toppers’ Aron en Eva! 🥳
They participated in the student cups and Eva became second🥈overall and Aron became third🥉Unfortunately, they couldn’t pick up their medaille due to our amazing members weekend. But Rosalie represented DM very well😉
Eva and Aron congrats!🥳🌟

Last weekend our annual members weekend to Malmedy took place. It was an awesome weekend filled with cycling, nice views, good company, sun, pastries, stargazing and a lot of fun! Thank you all for the great weekend! 🚴🏼‍♀️🤩🚴🏼

You can still become a member!
We don’t only go on beautiful rides together, but we also have a lot of other fun activities like a cycling dinner or bouldering. And of course the members weekends! 🚴🏼‍♀️🤩🚴🏼

Name: Jelke Scholten
Age: 18
Study: Biomedical Sciences
Comes from: Haaksbergen, The Netherlands
Start cycling: April 2020
Cycling specialty: Powerhouse
You can wake me up for: Poffertjes
When lost you’ll find me: Most likely at the Loods
Most Embarrassing moment on the bike: Putting the gears of my cassette in an incorrect order

Jelke will fulfill the role of racing commissioner.🏅🏁
He will be involved with organizing de ‘Ronde van Wolder’. Furthermore he will be the Vice President for this year! 😉

Name: Stanley Da Silva
Age: 21
Study: BA Digital Society
Comes from: Dudelange, Luxembourg
Start cycling: Kindergarden
Cycling specialty: Buying upgrades instead of training
You can wake me up for: summer sale on bike-discount.de
When lost you’ll find me: Babs Burritos
Most Embarrassing moment on the bike: When you're fighting for your life in the back and people start handing you food.

Stanley will fulfill the role of material and mountainbike commissioner.🚲
He will make sure that the lend out bikes are maintained. Furthermore he will sometimes give mountain bike trainings🚵🏼🚵🏼

Name: Esmée Huijdts
Age: 19
Study: bsc Medicine
Comes from: Maastricht
Start cycling: 2020
Cycling specialty: finding coffee stops 🙂
You can wake me up for: Lasagne!
When lost you’ll find me: studying / acting like I’m studying
Most Embarrassing moment on the bike: when I just started cycling I didn’t have enough cycling clothes yet, so I sometimes wore running clothes on the bike. 😬

Esmée will fulfill the role of activities commissioner. She will organize all the fun activities and member weekends. 💃🏼🚲
She will also be involved in the media committee.

Name: Luc Boreas
Age: 24
Study: Operations Management and Logistics
Comes from: Heeze, Noord-Brabant
Start cycling: About 5 years ago
Cycling specialty: Haven’t found any specialities yet.
You can wake me up for: Donauwellen or other pastries
When lost you’ll find me: Sitting at Fonk in Eupen with Paul
Most Embarrassing moment on the bike: Getting a flat tire two times during the same ride and having to walk back for two hours.

Luc wil fulfill the role of PR commissioner. We expect that he will have a busy year as he is in charge of finding some new sponsors! 🤩

Name: (Oma) Eva van Agt
Age: 24
Study: Data Science for Decision Making
Comes from: Nijmegen
Start cycling: at age 15 I got my first road bike, the legendary but retired ‘Fred’
Cycling specialty: Grabbing water bottles from @aronbosman and @thara.vdb while riding races and 1800W toch @jelke.s , “heb jij niet hè”
You can wake me up for: every strawberry cake variation at Fonk
When lost you’ll find me: making quesedillas for my grandchildren
Most Embarrassing moment on the bike: When I dropped my water bottle while riding, hit it with my back wheel, and crashed

Eva fulfills the role of treasurer. She will also be involved in organizing the races🚴🏼‍♀️😉

Name: Maud van der Velde
Age: 21
Study: Bsc Medicine
Comes from: Maastricht
Start cycling: when I was 13
Cycling specialty: searching for pastries and ice cream😋
You can wake me up for: carpaccio
When lost you’ll find me: Probably stressing or sleeping
Most Embarrassing moment on the bike: Just falling with no speed because I could not get out of my pedals.

Maud will fulfill the role of secretary and she is in charge of making our association magazine: “DuMa” together with Esmée and the media committee. She will also keep the socials up to date! 😉 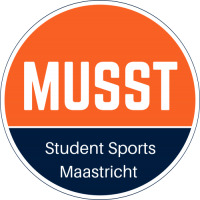